This reference is for the "Rainbow the Famous Australian Town" Facebook Group only.

Share 0
Tweet 0
Pin 0
table of contents
This reference is for the "Rainbow the Famous Australian Town" Facebook Group only.
Why I have moved the focus of my B&W historical photos "Colourising Yesteryear Project" from Rainbow to Darwin.
This is the very short and polite version of the Rainbow problem.
Amy Johnson for the Darwin Groups.
Rainbow the Famous Australian Town Facebook Group.
Photo Mal Drendel Rainbow Group
Zoom and Cropped Version
Colourised Version
That other Rainbow woman.
Then the other, other Rainbow woman.
Bride High Resolution Version.
Rainbow Archives Historical Society.
Support Offers
Groom High Resolution Version.
My final approach. A peace offering.
My Gift
Most Rainbow specific posts have been unlisted from this site.

Why I have moved the focus of my B&W historical photos "Colourising Yesteryear Project" from Rainbow to Darwin.

By comparison, the "Darwin History" Facebook Group ADMIN have been extremely receptive and helpful. Population of 683 verses 123K. Go figure.

"Darwin History" has 18K members.
I am now also posting to the "Old Darwin" Facebook group, which has 28K members.

This is the very short and polite version of the Rainbow problem.

I have no doubt that all of these Rainbow people I mention are very dedicated, hard working, and in many cases leaders of our communities. And above all, Love Rainbow.

That doesn't mean we are all on the same team.

All of these people have failed to communicate with me effectively. You send an email, or a Facebook message with a question, then you expect a response back as a courtesy. No, that doesn't happen, even though you see them posting items on the internet or other media, you know that they haven't fallen off the face of the earth. Then you send a reminder message to see if they missed your message, and they tell you they aren't interested. I simply got sick of dealing with people with this mentality.

Amy Johnson for the Darwin Groups.

This was one of the first images I colourised to help win the confidence of my new Darwin readers.
Click on the image to enlarge. High Resolution Version is on the right. I was invited to become an ADMIN of this group by the original owner, as she was having family issues at the time. I didn't hesitate. She is a loving caring lady.

I rewrote the new member questions upon her request, and created an ADMIN chat group because we had new ADMINs, that were somewhat disorganized.

I think the problem here came about because I launched a new Facebook Group to start a discussion about a new idea to promote tourism in Rainbow. To cut the story short, it wasn't a good idea, but it was at least an idea. I removed the site. At this point, many of the other new ADMINs started their own chat group, and wrote me out of it.

When I approved a new member, the local copper's son who had waited 2 weeks on them, I was chastised for doing so, as they had their rules in place, and I didn't fit in. I must obey their rules. What rules?

I could see I was nicely stabbed in the back, so I resigned from my position.

Since 2017, they (ADMIN) have never "liked" a post of mine, even if it was about their parents, with a beautiful colour image along with the story that I spent a lot of time on. They couldn't even "like" Llew's story on his silo tourism idea. This was actually written by Alison Ey, a Rainbow resident.

They continually removed posts of mine, the last because it was "now irrelevant". A story about Covid in Warracknabeal. Yet they leave up stories about lost dogs and cancelled events.

I had a Rainbow Fire-brigade member from the 1960s, that  was having trouble joining the group, so he came to me for assistance. I ended up writing three Facebook messages to the three ADMINs before he was finally accepted into the group. Not a single ADMIN member returned my messages.

Not to mention my friend Mick Gulovsen that spent so many hours helping me with this project, and they would never allow him to join. Just plain mean.

They have disrespected me, my family, and my friends. That other Rainbow woman.

Then there is the other Rainbow woman that also doesn't like me. Again I can only assume that is about a pedophile in the family. I took the side of the victim. I reached out to her when I started this site in April 2021, hoping she may have a change of heart and join me as she was a great supporter of mine in the past. No response.

Then the other, other Rainbow woman.

Then there is yet another woman that I feel was brainwashed by the first other woman, as they have a close relationship. Needless to say I spent the best part of a week part time on putting a project together that I thought she would be thrilled with as I felt it was going to be of great benefit to the business people of Rainbow. In fact, anyone with a Rainbow business website or Facebook page. All I wanted her to do was to post a message for me on her Facebook page, as she appeared to represent all of the traders of Rainbow.  No response on my first message, so I tried again. She said she wasn't interested. I even offered a colourised wedding photo of her in advance, and did a high res version as a thank you upon completion, which she never got.

Among other things, I tried to negotiate the purchase of all of the copies of the "Rainbow Of Today" booklet, so that I could donate them back to the RAHS as I wanted to put the PDF version of this public domain item on my pages for everyone to download for free, and didn't want to see the RAHS out of pocket. I even asked about potential donations of the booklet for the next 5 years, as I was prepared to cover this also. This is my predicted, or at least, productive life span. I wanted to have a simple chat on the phone to explain myself, but everything had to go through the committee. I felt if I asked what time it was, it would be put to the committee.

I had many offers from members saying they will take on ADMIN over these problems, but nothing ever eventuated.

Only one person has actively supported my cause against ADMIN. This was Dianne Bett of Warracknabeal. Thank you very much Dianne. You are a treasure. A pot of gold at the end of the Rainbow.

To all of my many friends that have liked my stories and work since 2014, I thank you very much for your support in the group. I am really saddened that I wasn't able to continue this work for many years into the future. I had only started this image conversion project in April 2021, and I felt I had so much more to offer.

I will leave the Rainbow images on my site, but they may be removed in future. They won't be listed in the sitemap as I migrate the images and stories to Darwin, however I will put something in place so you can access them. My final approach. A peace offering.

I was trying to think of a way to overcome this problem with the ADMINs, as I didn't want it to end in tears for anyone.

On AFL Grand Final public holiday on the Friday 2021, I decided to do two extra nice stories with what I felt were great images about one of their parents.

This image, I re-coloured and resolution enhanced. Photo Don McKenzie
Cheryl's sister, Judy Brinkley, and her debut partner Bob Gosling when she had her seniors debut.

Judy was so proud of being involved in this event, that she sent copies of the photo to pretty much all of the family.

I spoke with Bob's son Peter about this event and his father's involvement, at Judy's funeral. Peter was more than aware of what this very special occasion meant to Judy.

Bob was a Legacy Australia Member. These great Returned Service Men supported the families of our veterans who gave their lives or their health for our country.

Sid Sluggett and Roy Dunn are another two Legacy men that I remember, that were always there for Mary and Judy. There may have been others in Rainbow.

1955 Rainbow Deb Ball.
This ended up as a 47 comment thread as I dragged out all the details I could to  make the names list complete.

I also created a high resolution version of this image, which was never posted to the Facebook group, as I have posted my last image.

You are most welcome to post the new image wherever you like, which applies to all of my images. And finally a zoom in on a section of the hi-res image to show what can be done with some of these old images.

My gift to the people of Rainbow, are the colourised images. I had hoped to do them for many more years to come, but it doesn't appear that this will happen.

This has all taken place at a time when a Rainbow member has assisted me with creating sharper images. I have added some examples on this page.

I had another gift, but as Darwin Facebook Groups have accepted me with open arms, (including my family and friends) this other gift will be ending up there.

Finally, the biggest mistake that ADMINs made wasn't taking a dislike to me, it was making the group private. You can't share a post, outsiders can't read a post.

I pleaded with them over this move. You can't promote tourism with a private group, and there is no reversing back to public. You are stuck with it. 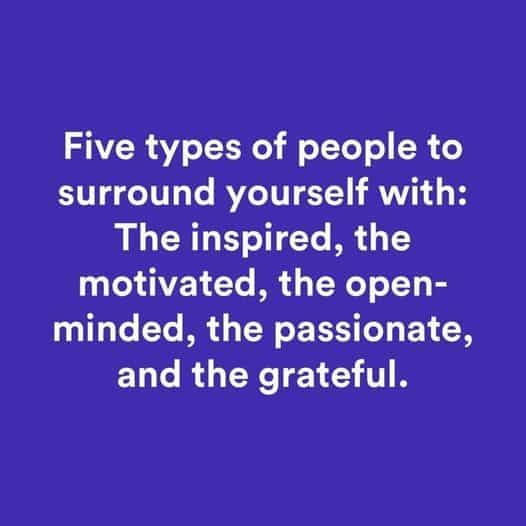 Most Rainbow specific posts have been unlisted from this site.

The category "Rainbow Rise" is now hidden, but you can still access the text and images by clicking on the link below. All PDF files have been removed.

The category "Rainbow" is still intact. I have made these six stories readily available, as they are personal stories that I wished to preserve.

The history of the Darwin Police Stations as told by Mark McAdie. AU-0800